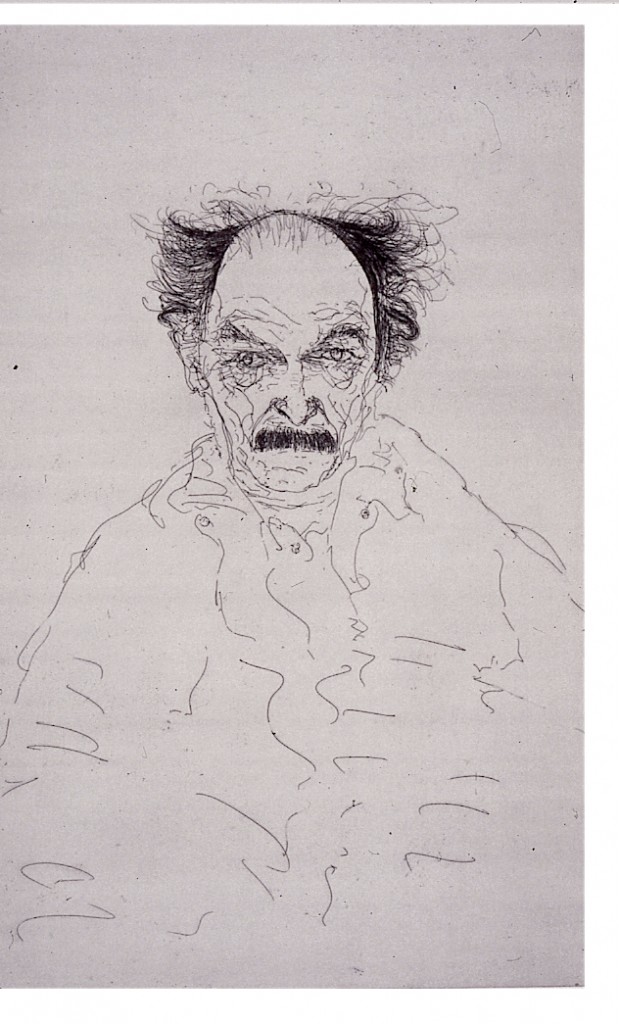 A portrait of the late Frank Evans (tutor on Foundation at Norwich School of Art circa 1980) drawn directly from life.

He sadly died not long after sitting for me and was very keen to own a proof. He was a close neighbour of fellow colleague Chris Mullen. Chris was much amused by Frank’s curmudgeonly personality. He would often blame the weather on the Tories (and he meant it). Another anecdotal gem was Frank’s first indoctrination into art school life (he was trained as a cabinet maker) when after the war he attended evening life drawing class (on an ex-serviceman’s grant). I’m not sure of the details but it might have been Frank himself posing nude as the mature ladies carefully charcoaled accurate parts of his bare anatomy. After a bored half hour Frank (to his horror) involuntarily started to have an erection….and to his amusement the respectable middle class  ladies very studiously started to rub out their original (and thus smaller) outlines of the exposed male member. Not a titter was heard. Frank told the original story with relish. A lovely, world weary man.

I must get my ‘Norfolk Curios’ suite of etchings on line…my dear friend Chris M always said it was the best thing I’ve ever done.