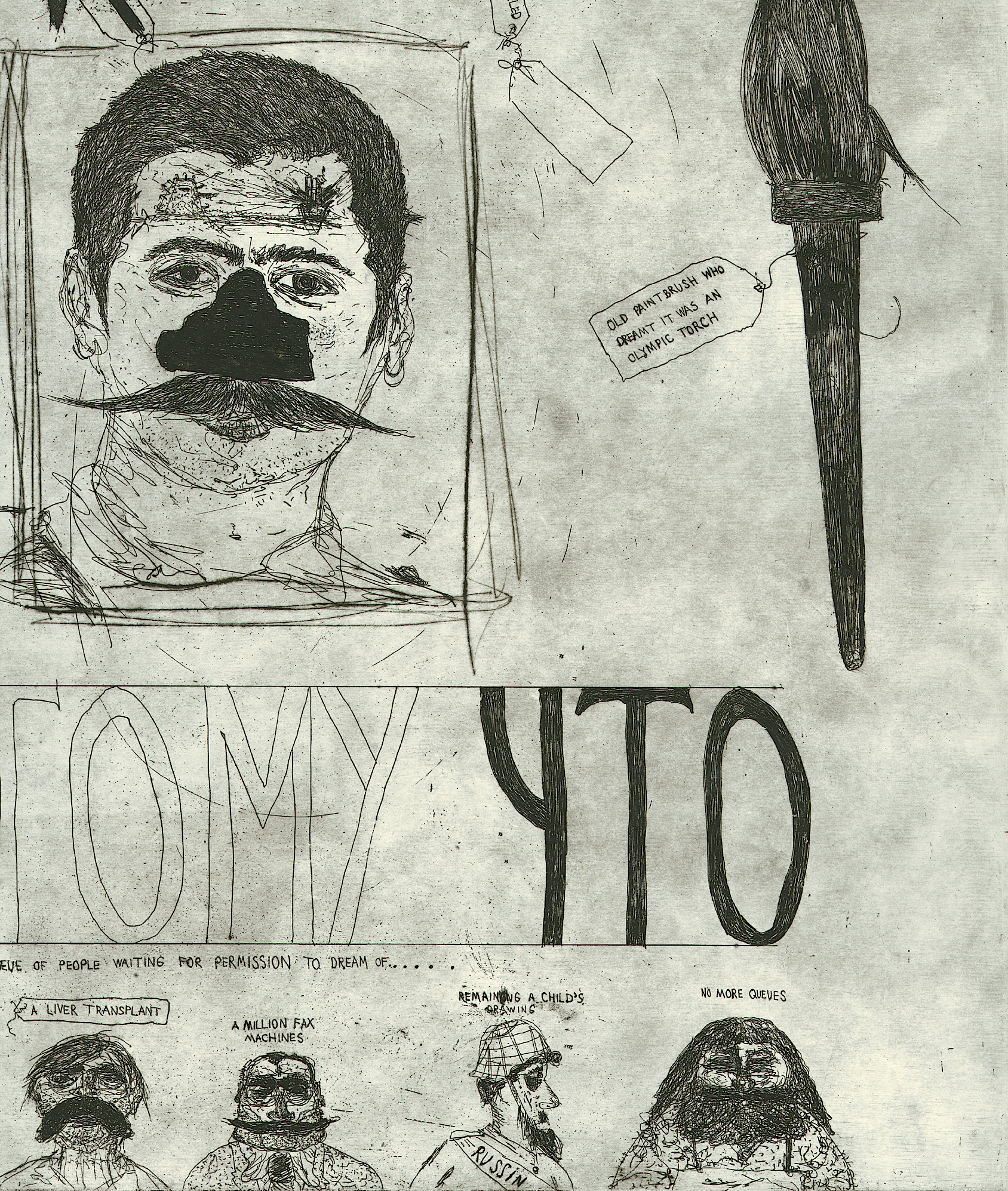 A truly unique  etching – in the sense that the zinc  plate was destroyed as result of hiding the evidence in case the Soviet military were to come upon it. This etching depicts Moscow artist Boris Belsky, a dear friend who I first met in Glasgow 1989 a year before, prior to Glasgow’s European City Of Culture invited two Soviet artists to represent the Soviet Union Of Artists’s show at the Glasgow Print Studio. I drew straight on to the plate, he posing for me motionless for the best part of an afternoon.

Boris took great delight in annoying and perplexing authorities by daring to wear [ludicrously generic] militaristic uniform from allover the world. It was his stance against the humourless, repressive communist regime. We were living in the notorious art commune Senej near Moscow which was situated on a huge lake opposite the Russia’s biggest military base. Bearing in mind this was during glasnost, the summer of 1990 and the Kremlin were getting very twitchy…..Boris was my M*A*S*H Hawkeye.