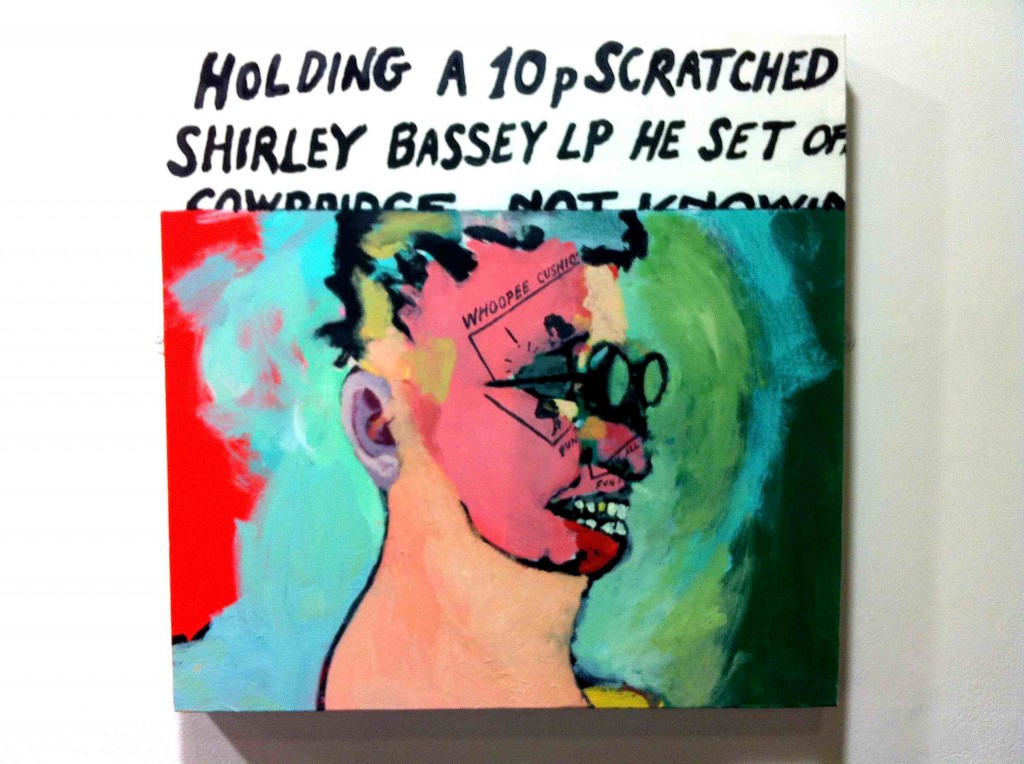 St. David’s Hall, Cardiff. A very good show this year I thought, best one I’ve seen in years. My ‘In Search Of Iolo Morgannwg’ (above) was in very good company. Well established names mixing with fresh, unfamiliar ones. The worthy winner was a video by Gemma Copp. At a time when galleries are lined with balls-achingly dull, poorly scripted and unedited, too long ‘artists films’ here was a beautiful, understated little gem. In its bathos and greyness it reminded me somewhat of Bill Forsyth’s ‘My Ain Folk’ trilogy or the enigmatic Samuel Beckett-Buster Keaton cult film of all cult films: ‘Film’. I kept expecting a Tati/Keaton-esque  surprise ending…at first disappointed but on 2nd and 3rd viewing felt the length and timing, the very nothingness was perfect. The essay in the catalogue by Karen MacKinnan spot on.

Having been staring at the coastline of the Bristol Channel and thinking about Edward Lear quite a bit lately it really struck a chord.